Is this ecocide? In this blog we consider the human impacts of industrial scale environmental destruction.

In March 2022 the Swedish government announced its decision to approve a permit to allow a mine in Gállok on Sami land. The mine is for iron-ore which is a non critical metal. Iron ore is the source of primary iron for the world’s iron and steel industries.  Almost all (98%) iron ore is used in steelmaking. Iron ore is mined in about 50 countries.

The permit allows the prospecting company, Bewoulf mining, to exclusively extract and expolit iron ore for the next 25 years by constructing an open pit mine within an area of 102, 6492 hectares.  The permit was delivered with a set of conditions to fulfill for Bewoulf mining.

In accordance with the Swedish environmental code Bewoulf mining must now provide an environmental impact assessment and upon its approval by the competent authorities, Beowoulf mining will be allowed to construct the mine.

The decision, which was delivered after a decade-long litigation process by the Sami communities to stop mining projects in Gállok, was immediately  denounced by the Sami parliament and at municipal and regional levels in the county of Norrbotten. It was also denounced by national and international human rights organizations and environmental organizations, including UNESCO and Amnesty International. 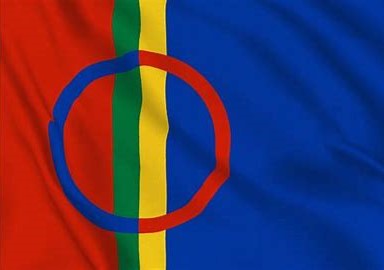 There are several reasons why an open pit mine in Gállok is devastating for the environment and the Sami communities.

The mine would cut right across the Sami village of Jåhkågasska and adversely affect reindeer herding and the reindeer’s grazing paths in the area.  The waste from the proposed mine, including heavy metals, would risk leaching into Lule river (Lilla Lule älv) and downstream. The waste is also likely to pollute other sensitive aquatic ecosystems and the bordering old growth forest which is full of protected species. Furthermore, the open pit mine will only be 30 kilometers away from the Laponian area. The Laponian area is identified as having outstanding universal value and is a protected UNESCO site.

The Sami Parliament issued a statement to the Swedish government in February 2022 declaring that the proposed conditions of the permit would cause, rather than prevent, extensive harm to reindeer husbandry and Sami culture.  The statement also declared that reindeer husbandry in the area is the land use that in the most appropriate way promotes a long-term economy in an ecological, social and socio-economic perspective.

Although Sweden professes to be at the forefront of equality and human rights this decision does not come as a surprise. The Swedish government has a track record of consistently violating the rights of the Sami peoples, the only indigenous peoples in Europe. Unlike Norway, where a significant Sami community lives, Sweden has yet to ratify the International Labour Organization (ILO) convention 169. ILO convention 169 is the principal legal instrument protecting the right to land of indigenous peoples and it establishes the duty to seek free, prior and informed consent from indigenous peoples on matters that concern their lands.

Sweden has been repeatedly criticized by the UN Committee on the Elimination of All Forms of Discrimination (CERD) for failing to live up to its obligations under international law to protect the Sami right to land.  In 2020 CERD issued the statement that the mining projects are part of systemic discrimination against reindeer herding Sami. Unfortunately, it is glaringly evident that systemic racism against the Sami and the colonization of Sápmi still persists in 2022.

The expert panel convened by the Stop Ecocide foundation has drafted a definition of ecocide, identifying ecocide as ‘unlawful or wanton acts committed with knowledge that there is a substantial likelihood of severe and either widespread or long-term damage to the environment being caused by those acts.’ Will the proposed mine in Gallók constitute an ecocide? If the plans of an open pit mine in Gállok materialize and if an ecocide law is enacted it will be up to the court to determine what meets the legal definition of ecocide.

The link between the destruction of the natural world and the violation of indigenous people’s rights is clear as indigenous lands make up around 20% of the Earth’s territory but it contains 80% of the world’s remaining biodiversity. The fact that indigenous peoples are the most effective stewards of the environment is becoming increasingly recognized.

Defending environmental defenders is one way of stopping ecocide. The rights of indigenous peoples and environmental defenders must be upheld across the globe, including Europe and Scandinavia.  What is clear is that a mine in Gallók will be a hugely damaging project that is completely at odds with the wishes of the Sami people and many Swedish people. Not only that but the granting of this permit will be a further nail in the coffin for the Sami way of life.

For further information about the Sami parliament and it’s position on Gállok please refer to the following website: https://www.sametinget.se/164992