Presenting the COP21 Roadmap in Paris 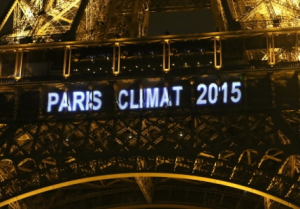 We joined a HUGE and exciting initiative of civil society organisations to create a joint pressure in the coming Climate Change Conference planned in Paris, December 2015 (or COP21).

200 participants from 70 NGOs took part in the first preparatory meeting. Our spokesperson Valerie Cabanes, along with two volunteers George Menahem and Prosper Akata, attended the meeting and presented End Ecocide on Earth’s roadmap to COP21 along with the Charter of Brussels inviting other organisations to join the Global Call for International Justice for the Environment & Health. They also explained the methods and objectives of our international experts’ group that is going to work on preparing an amendment to the Rome Statute. Much interest was expressed in our work and some interesting developments that we wish to share: Firstly, Friends of the Earth Nigeria are willing to organize with us a mock trial against Shell at the COP21 events. They will be able to bring people that were/are victims of the environmental disaster occurring in their country to testify as part of the trial. Secondly we are planning a star shaped march to Paris from places where Ecocide occurred around Europe. This is a great opportunity to point that we need all the help you can think of, to make a big civil mobilization and really make a difference on this occasion.