By: Femke Wijdekop
on : Salt 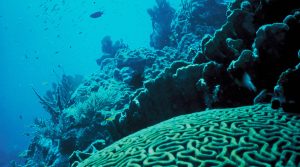 Our planet is now in the midst of its sixth mass extinction of plants and animals — the sixth wave of extinctions in the past half-billion years. We’re currently experiencing the worst spate of species die-offs since the loss of the dinosaurs 65 million years ago.

How can we restore our planet to health? From replenishing biodiversity to enforcing legal protection, Salt asks the experts for their opinions on managing the Earth’s health in a critical time. Welcome to the seven-part ‘Stopping the Sixth Extinction’ series.

Femke Wijdekop makes the case for an ecocide law, a statute that law which guards against damage to our planet for future generations.

This June I sat in a Dutch courtroom witnessing a verdict that would make history. The judge ruled that the Netherlands had a legal duty of care towards current and future generations to lower its C02 emissions. It was the first time a judge had established a duty of care towards future citizens in regard to climate justice. This landmark verdict proceeded to make headlines all over the world.

Now an even bigger breakthrough may be on the horizon. In the run-up to the Paris Climate Change Convention, lawyers are joining forces to advocate a legal duty of care towards the natural world. We are campaigning to make ecocide – destruction of ecosystems – an international crime against peace.

“The creation of a legal duty of care towards Mother Earth and her non-human inhabitants would represent a revolution in our legal system, which sees nature as property.”

Nature is essentially a lifeless ‘object’ we can use instead of a subject – a carrier of rights and intrinsic value – that we are engaging in a partnership with. This exploitative relationship with the Earth has resulted in an ecological crisis of unprecedented magnitude and prompted the sixth mass species extinction.

The current ecological crisis urges us to re-think our relationship with the Earth. Through examining how law can be made into an instrument of connection and healing (the original meaning of the word ‘lawyer’ is ‘healer of the woes of the community’), we realised that we can widen the circle of subjects under law to include not only future generations, but other species and ecosystems as well.

By establishing a duty of care towards the natural world we acknowledge its intrinsic value. And as with other things of value, the value of the natural world is worthy of defence against massive damage and destruction. Making Ecocide the fifth Crime Against Peace under the Rome Statute of the Interna- tional Criminal Court does exactly that.

The term ecocide has been around since the 1970s, when the international community called the use of Agent Orange in Vietnam an act of ecocide. Ecocide was meant to be included in the Rome Statute, alongside the crimes of genocide, war crimes, and crimes against humanity, but was withdrawn from the final treaty text in an unorthodox way.

With an increasing number of ecocides happening in the past few years – think of the Deep Horizon oil spill, the Fukushima nuclear disaster, or the Alberta Tar Sands – the moment for the international community to acknowledge ecocide as a crime against the Earth is over-ripe.

Outlawing ecocide stops environmental damage from being an accepted, if unintented, consequence of ‘business as usual’. It radically changes our hierarchy of values, placing the integrity of the natural world above the profit motive. That’s why creating a legal duty of care towards the natural world could be a defining moment in the process of harmonising our laws with the laws of nature, and helping to restore the health of our planet.