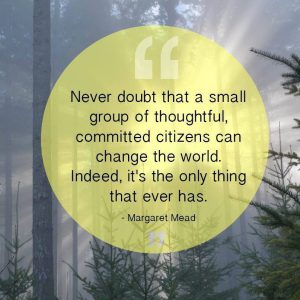 Brussels, 22.01.2014: As the European Commission unveils its climate and energy package for 2030, over 112,000 EU citizens have given their personal data in support of a new law which would make the destruction of ecosystems a crime called Ecocide.

Deepwater Horizon, Fukushima, the Erika oil spill or Rosia Montana are just a few examples of catastrophes which could be prevented through this new law establishing a strict liability for both, decision-makers in business and government, as well as corporations, for such crimes. The volunteers have collected at least 112,000 signatures in support of such a law, which they are now planning to hand in as ordinary petition to the European Parliament, having failed the 1 million threshold required for a European Citizens‘ Initiative. To that end, they will continue to collect signatures.

Prisca Merz, volunteer Director of End Ecocide in Europe, says: „Emission targets set today will impact investment decisions for years to come. The EU must assume its responsibility to ensure its citizens’ right to a healthy environment, for current and future generations. It is my generation that will suffer from the wrong decisions being made today. The current legal framework sets the wrong incentives. The law of ecocide prevention could trigger the transition to the sustainable and low-carbon economy which is so urgently needed.”

The citizens‘ initiative was entirely volunteers-run and relied on very little funding. Data requirements for a European Citizens‘ Initiative in some member states are exorbitant, so that less than 44% of those clicking on „Vote now“ actually sign, so every second EU citizen’s voice is not counted. „Given these circumstances, we can be very proud of having reached out to so many EU citizens. This demonstrates that the European public demands this law and we are now more determined than ever to continue on the path we started“, says Prisca.

A charter will be published on January 30th, calling for the establishment of a European and an International Criminal Court for the Environment. This charter is the result of a newly formed coalition of organisations advocating for the recognition of environmental crimes. End Ecocide in Europe is very proud to be among the initiating organisations.

In conclusion, Prisca says: „When we started this initiative, very few Europeans knew what ‚ecocide‘ was. Now, over 112,000 EU citizens have voted for it and society is engaging in a much wider debate about this important concept. We have sparked a lot of interest and most importantly, we have built a network of organisations and individuals sharing our aims. This network will continue. I would like to thank personally each and every single person who has contributed to making this happen, countless volunteers all over Europe and every concerned citizen who has forwarded our information and added their vote! You all are pioneers! Thank you!“